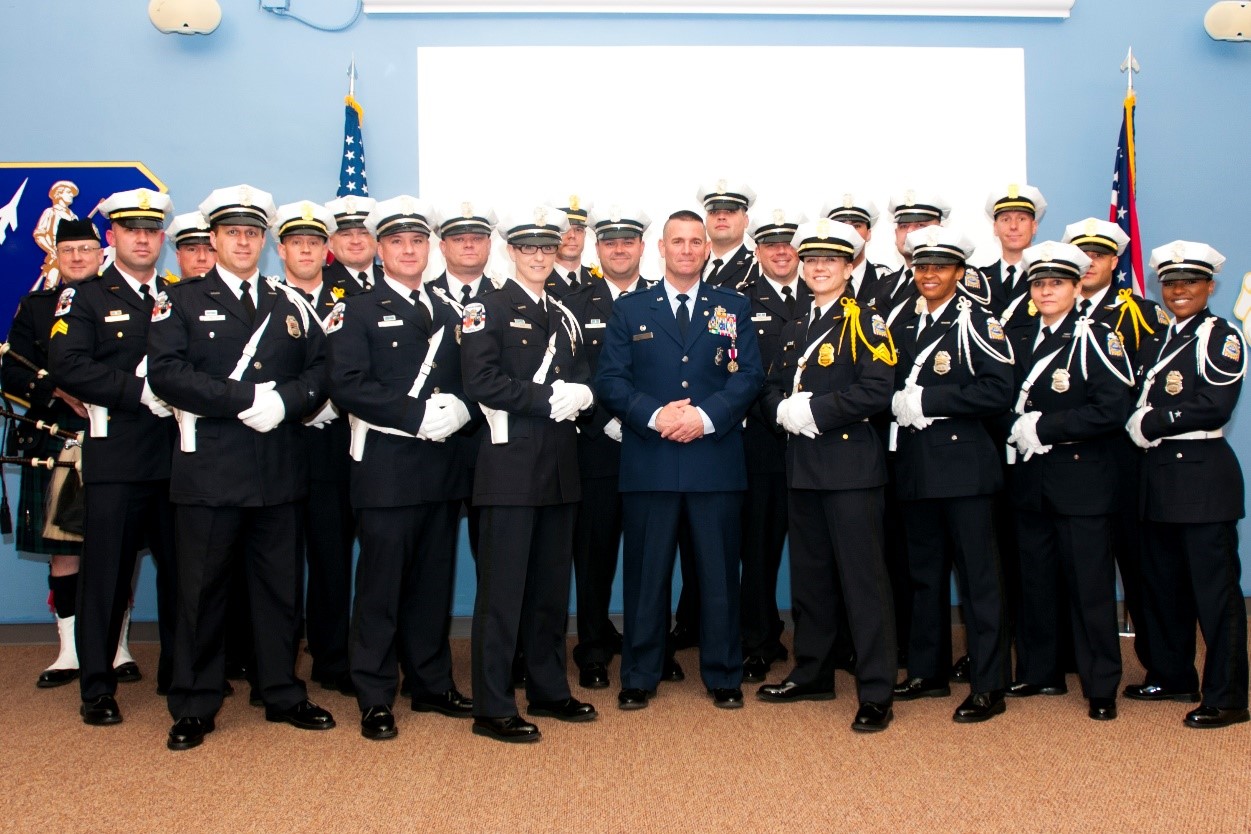 Omaha, NE, June 15 – The North American Association of Uniform Manufacturers and Distributors (NAUMD) has named the Columbus Police Department one of the nation’s best dressed.  The Ohio agency is one of five winners in NAUMD’s Best Dressed Public Safety Award® Competition, an annual program that recognizes the important role uniforms play in law enforcement and public safety work. The awards honor both the departments and suppliers of the uniform program. Cincinnati’s Fechheimer supplied the winning look.

The Honor Guard uniform is a standout for the Columbus Police Department, and it consists of a dark navy blouse with one Columbus Division of Police patch and one Honor Guard patch on the upper sleeves. The blouse is adorned with gold buttons for supervisors and silver buttons for officers.  Supervisors wear gold fourrageres and officers wear white fourrageres on the blouse. A white uniform shirt with an Honor Guard patch is worn under the blouse with dark navy pants that match the blouse.