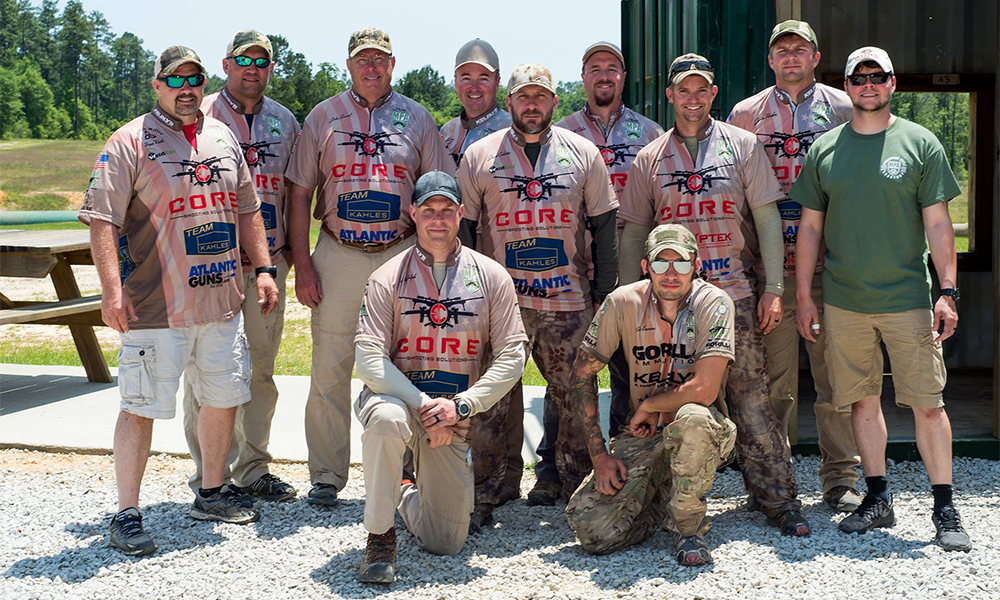 “Jump in and try it,” said Jeff Odor, when asked what advice he would offer to those interested in entering the realm of competitive shooting. “It’s the best way to learn and experience it.”

Sound advice, coming from a shooter who recently plunged back into organized competition after competing throughout college. Odor is just one of more than a dozen competitive shooters who don the MasterPiece Arms logo on their sponsor-tattooed jerseys as members of Team MasterPiece Arms. Together, Team MPA shares over 60 combined years of experience behind the trigger in competition and numerous top-10 finishes. However, Odor’s words serve as more than just encouragement for new shooters. They also perfectly describe the bold entry made by the Georgia-based manufacturing company known for producing MAC 10-style pistols into the precision rifle market and, subsequently, the Precision Rifle Series.

Making its debut at the 2014 SHOT Show, the MPA BA Chassis System was marketed as a custom precision rifle chassis for Remington 700® and clone actions, offered in two versions and featured a Magpul PRS® Precision-Adjustable Stock and ERGO Tactical Deluxe Grip.

Today, the chassis system has evolved and expanded with additional models, accepted actions and innovative accessories targeting the growing long-range shooting markets and tackling common obstacles shooters face in competition. Many of the advances have been designed and developed in collaboration between MPA President Phil Cashin and Team MPA, of which Cashin also actively competes.

“MPA is setting a new standard in the firearm industry for rapid prototyping and quick, iterative release cycles,” wrote the PrecisionRifleBlog.com. “Phil is not only open to feedback, he intentionally seeks it out.”

It’s that constant refinement that has enabled the MPA BA Chassis to make the jump from unknown to one of the top two precision rifle platforms used in competition in just three years and led to it being named the official chassis of the 2017 PRS season. Of the top 100 PRS shooters in 2016, 21 used an MPA BA Chassis, including two top-10 finishers. In fact, the MPA BA Chassis saw the largest growth in usage among the top 100 shooters from 2015 (1 shooter) to 2016 (21 shooters), according to research performed by PrecisionRifleBlog.com.

Throughout the last two seasons, Team MPA and MPA-sponsored shooters have dominated the PRS podium with the MPA BA Chassis at matches from Idaho to Ohio, Canada to Texas. Three Team MPA shooters also finished in the top-90 (out of 130) at the difficult 2016 PRS Finale. In addition, the MPA BA Chassis recorded the highest average score of more than 20 stocks used in a Guardian Long Range Competition last September.

While the MPA BA Chassis has made long-range shooting easier for many, the success of the chassis system also speaks to the skill level of the competitors pulling the trigger. To find out what makes Team MPA so good, we asked them about their custom rifles and advice they’d offer new shooters eyeing competition and an MPA BA Chassis.

The following is a breakdown of Team MPA rifle builds:

Available in five different base models, it’s no surprise the appropriately named MPA BA Competition Chassis is the preferred chassis of shooters. Complete with a modified magazine well to allow side loading, built-in bubble level (standard on all chassis models), Rotating Barricade Stop, Trinity Rail System and Bag Rider attachment, the 4.9-pound chassis was designed to give shooters a competitive advantage when shooting.

The MPA BA Chassis is also offered in a variety of Cerakote® colors, with Team MPA sporting Burnt Bronze, Gunmetal and Flat Dark Earth, as well as custom colors and camouflage patterns.

With its flat trajectory, accurate ballistics and reduced recoil, the 6.5mm cartridge has seen a rapid resurgence thanks to the growth of the PRS and long-range competitions. Shooting primarily 6.5x47mm Lapua, 6.5 Creedmoor and .260 Rem., the 6.5mm cartridge has become the unofficial go-to for Team MPA, though you’ll also find rifles chambered in .308 Win, 6x47mm Lapua and 6mm Dasher.

Looking to get the most out of their rifles, many shooters turn to hand loading. When not shooting factory ammunition from the likes of Hornady and PRIME, Team MPA loads Berger Hybrid, Sierra Match King and Nosler projectiles.

Like an AR, Team MPA shooters can change the standard chassis grip with other A2-style grips. The new Enhanced Vertical Grip, complete with enhanced thumb notch, trigger finger block and enlarged palm swell, as been adopted by nearly all Team MPA shooters since its release.

In addition to grip customization, the MPA BA Chassis features a multitude of rail configurations that allow the team-favorite Atlas and Harris bipods to be placed in various positions along the chassis.

However, Team MPA’s favorite chassis feature by far is the Rotating Barricade Stop. With a simple quick-attach design and reamed holes underneath the chassis forend, the stop enables shooters to build a stable position when shooting off barricades like walls or windows often found in competitions. MPA even created a two-piece barricade stop specifically for rounded fences and cow gates that acts as a wedge.

Team MPA shooter Trinity Brown got down and dirty at the 2016 MPA Precision Rifle Shootout.

The following is advice from Team MPA for new competitive shooters:

Like MasterPiece Arms and Team MasterPiece Arms on Facebook to follow Team MPA throughout the competition season. Learn more about the MPA BA Chassis/Rifle and place an order at masterpiecearms.com.