Steinel Ammunition Salutes the Rifle that Won the War, the M1 Garand 30-06 The M1 Garand is an icon for the two million plus soldiers that served in WWll. Steinel Ammunition’s 30-06 M1 Garand M2 Ball ammo is designed to give your rifle back its glory days.

Twinsburg, Ohio (July 2019) – When 16 million Americans were called to serve America and over two million soldiers sent to the European or Pacific theaters during World War ll, the M1 Garand rifle was by their side. This legendary fighting platform still creates waves of nostalgia through our military veterans, military historians and firearms enthusiasts. The M1 Garand was as versatile as it was reliable, able to operate through the freezing temperatures during the Battle of the Bulge to the hot and humid Pacific Rim Islands, easy to use for a green recruit and accurate enough for a skilled sniper.

To this day, the M1 Garand continues to hold a place of honor in our collective American memories. Fans of the M1 Garand continue to participate in a number of online groups and associations from the Garand Collectors Association to the Civilian Marksmanship Program and their popular competitions including high power rifle, as-issued military rifle, vintage sniper rifle, and more.

The M1 Garand rifle was developed by John Cantius Garand while working on semi-auto rifle designs at Springfield Armory. After extensive Army testing, the Garand was adopted by the US Military. What made this the US Military’s sweetheart rifle was its simple design with a unique gas system, self-loading, accurate rapid-fire capability, and a rear peep sight that made for quick and easy acquisition of fast-moving targets. The M1 Garand was issued in the 30-06 caliber; the then military’s newest round that was a vast improvement on the former military issue 30-03. The 30-06 was a lighter weight spitzer style bullet capable of farther ranges and less felt recoil. 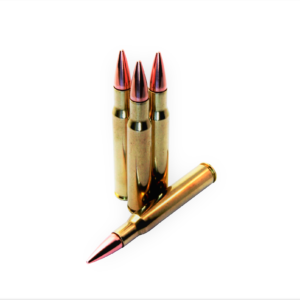 Steinel Ammunition’s 30-06 M1 Garand M2 Ball is a 150-grain FMJ suitable for all 30-06 chambered rifles but is especially optimized for those prized M1 Garand rifles still in operation in the field or on the range. Purchasing surplus ammunition can be risky to both the customer and the rifle and handloading special 30-06 to accommodate the age of these M1 granddaddies can take some time, tools and experience. It’s also common knowledge in the M1 Garand crowd that use of high-powered hunting loads can bend the operating rod rendering a beloved piece of history, unusable. At 2,780 FPS, Steinel’s 30-06 M1 Garand rounds ensure reliable feeding, performance, and accuracy without undue wear and tear on the family heirloom.