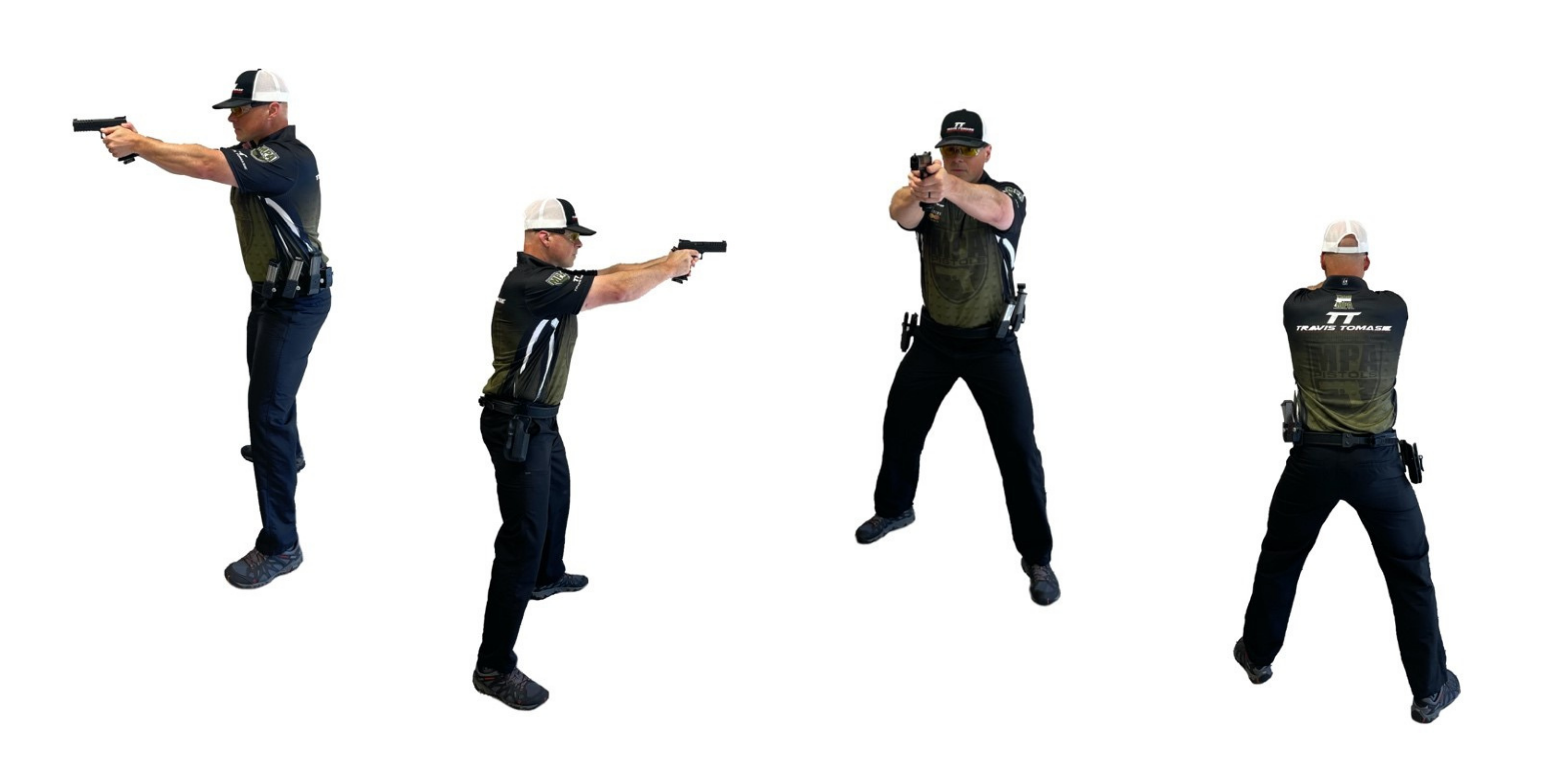 Along with the grip, the stance is a key element in building the foundation of your pistol shooting. A good stance will allow you to properly manage recoil, transition quickly between targets, and establish a solid platform from which to shoot both quickly and accurately.

Starting from the ground up, I position my feet wider than shoulder-width, and with my firing-side foot slightly back. This creates a platform that is powerful and stable. This wider stance also allows the shooter to recruit the larger muscles of the legs to transition the gun between multiple targets. Your weight distribution should be slightly forward on the balls of your feet. This will come primarily from bending your knees and progressively leaning into the gun.

Knee bend is a crucial and often overlooked aspect of the stance. Bending your knees will lower your center of mass, and make your platform more stable. It will also allow the shooter to move out of position with more power and speed.

The torso should be leaning slightly forward at the waist. This will assist in countering the rearward push of the gun as well as improving your weight distribution. Your postural stability relies on establishing a positive, or forward torso angle, at the waist.

The shoulders are low in their sockets and not shrugged up towards the ears. Shrugging the shoulders produces extra tension that ultimately reduces speed while offering little in terms of recoil management. The elbows are slightly bent to absorb and bleed a degree of recoil as it transfers from the gun, up through your arms.

The head is generally upright and square to the target. This improves peripheral vision and reduces both neck strain, as well as antagonistic muscle tension. If the shooter visualizes a line from their dominant eye out to the target, the gun should be brought up to, and along this line. This style of stance also more easily accommodates shooters whose vision may be cross-dominant (a shooter who’s right-handed with a left-dominant eye, or vice versa).

In next month’s installment, we’ll be featuring a Q&A, based on your shooting and gear-related questions. Please email any questions you may have to: travis@masterpiecearms.com